In March 1951 Ian decided to migrate to Australia. Before leaving Aberdeen he fell in the icy street and broke his wrist. With his arm in plaster he tied a scarf over his shoulder to carry the second suitcase but often got help. He sailed as a £10 migrant on the "Otranto" from Tilbury to Adelaide. His plan was to stay two years then travel and see something, having wide interests in everything around him. He was already well informed about Australia. Meg met him at the boat. In Adelaide he stayed at a hostel and built manholes for the PMG but was not allowed to work as hard as he had been used to. After six months he went to Tasmania, first to Bell Bay, building the aluminium works. He quickly learned to recognize many Australian trees and birds.

As he had long hated the well-meaning deception about his birth and the name of Low, he reverted to the name on his birth certificate, favouring integrity and honesty. He looked up Jimmy Clark (from Tarland who was Ian's age and had left Scotland a few years earlier) in Hobart at Christmas when Bell Bay closed down for the holidays. He met other friends (Charley Copeland and his cousin Doug) and in 1952 met Merv Duggan, a local builder, and got the chance to learn the building trade which had always interested him. Having saved £400 he bought a small truck and tools. The truck made up for his initial lack of experience.

Ian got bronchitis and on one occasion found blood in his sputum so went immediately to the chest clinic. In 1956 he married Jean Crisp, found they could not have children so adopted Sean and Norna. Seeking a warmer climate as Ian's bronchitis became more frequent in Tasmania, they moved to Kiama NSW in 1961 where Ian worked as a carpenter, later built "spec" houses. His health was not good and it took him all his time to make a living. Jean left Ian and the young teenage children, and they were divorced about 1973.

Ian on his first visit back to Scotland

In 1976 he went back to Scotland for the first time, staying with Mary and Jim, now living in Aberdeen. There had been a major rift between the two parts of the family, the Aberdeen folk having no contact with their half-brothers and sisters most of whom lived in the Glasgow district.

Ian did not visit his mother who had never recognized him as her son. He visited his birthplace and was glad to see that the Cnoc was not being used as a hayshed, but had had a kitchen and bathroom added in a sympathetic manner and was occupied by the retired gamekeeper from Douneside. It was rewarding to see how well the trees had grown that he had planted at Melgum Lodge as a lad. Many residents had never left except for short trips.

Cath and Ian Mitchell were still on the farm at Wester Coull. Cath was well informed about Australia. Bena and Bill were in Tarland, having been in a serious car accident. Bill was the school janitor.

Australia was now Ian's home, but his roots were in Scotland. He was instantly recognized in Tarland, 25 years after leaving and was immediately "at home". Many people he had known were still there, the village had changed little.

In 1982 he acquired a new wife, Dorothy, her extended family and also a whole new life. Ian and Dorothy enjoyed bushwalking, they travelled frequently, mostly staying in on-site vans and were able to visit NZ, the "Centre" and WA as well as two trips to Europe for extended periods in campervans. A highlight was a boat trip along the coast of Norway into the Arctic Circle in mid-summer. A favourite place became Lauterbrunnen in Switzerland. They both liked to be well informed about the places they visited and tried to meet local people. They had many interests in common.

When he visited Scotland with Dorothy in 1985 his first teacher, Miss Emslie, still lived near the Tarland School. By then Bill had died and Bena was in a cottage in the village. Soon afterwards she went into a retirement home near her daughter at Strathdon. Cath and Ian Mitchell were preparing to leave Wester Coull.

Grandchildren in the garden - Glenn and Kylie

It had always been Ian's dream to have a few acres in the country and in 1986 it was fulfilled. Ian organized a large garden for fresh fruit and vegetables (not unlike his grandfather), developed many new and varied interests and made many new friends with similar values. He was still a "country boy", always interested in trees and birds. Now he had time to expand his knowledge of his natural surroundings, as well as take up the challenge of learning German and trying to educate himself in Gaelic. He could look back on a full and well-spent life.

He had kept in touch with Meg in Adelaide and visited her in 1989 at the time of her 90th birthday, a few weeks before she died. Later Meg's grandson went to Scotland and gave Ian the address of Robert, the son of Alex. Ian and Robert had last met at their grandmother (Belle's) funeral in 1950. In 2001 George, great grandson of Rob and his first wife Elizabeth, came briefly to Australia and Ian was able to meet him and his wife at a Highland Games event at Bundanoon. There was a noticeable resemblance between Ian and George.

By 1992 Cath had died and Ian Mitchell lived alone in the cottage they had built. Ian and Dorothy stayed with him when they were in Tarland and enjoyed his company and his local knowledge. He died soon after. In 1998 Isa died aged almost 90 and Jim died later in the year, leaving only Bena of Belle's daughters in a nursing home at Strathdon and Mary in Aberdeen.

Ian with Jacqueline and Jordan

Ian's general health improved but multiple myeloma, (bone marrow cancer), which had been indolent for eight years, became active in 1996, resulting in severe pain, weakness and loss of resistance to infections. Chemotherapy reduced the myeloma, but could not destroy it. Family, friends and neighbours rallied round to help.

Ian bounced back with his usual resilience and within six months was once again involved in voluntary activities in the community, joking about his termite-eaten bones and whistling in his workshop while making things for family and friends, or working in the garden. At his 70th birthday 70 like-minded friends helped him to celebrate. Living in harmony with nature, having rewarding hobbies, knowing that he will leave a little piece of the earth better than he found it and that he has contributed to the community have resulted in a contented and satisfying life.

His ambition came to be to achieve his 75th birthday, but he was becoming weak, had very little energy and the treatment was less effective. What he wanted after his death was to be cremated with as little pollution as possible and would have liked a cardboard coffin and no ceremony of the traditional type with organ music, black clothes, weeping or insincere eulogies. He made arrangements with a funeral director for a quick cremation with no viewing of the body or farewells by people who had not been close and supportive during his life, but a "party" at a later date similar to his 70th birthday, with people who shared his environmental concerns. 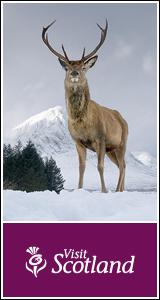